In my bio I told you that I like to carefully check the sources of articles. With this being a sensitive, important, and controversial topic, on this occasion, I would like to provide you with the sources related to the publications of this blog on the subject of the Femicide and gender violence.

Below are a few examples of official statistics and newspaper articles on femicide in the world, in Europe, and in Spain, to raise awareness of the problem’s magnitude.

We have compared the statistics between different time periods and between regions, and we will also take the population on of a country and its male/female distribution into account.

The examples we use are centered on femicide. Anyone that wants to learn more can check out all the statistics of gender violence and not only the murder of women in the links. The sources cited are accurate and official.

The following figures come from the study Combating violence against women, published by the Organization for Security and Co-operation in Europe (OSCE) in November of 2016. 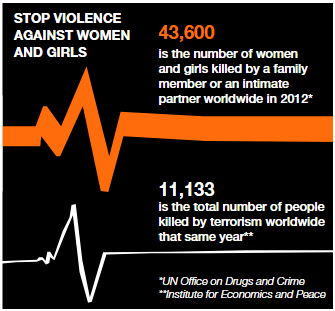 To get a further idea of the global magnitude of the problem, click on this link from the UN.

In 2011, an average of 18 women were killed every day, 12 of these by partners or other family members.

To give you an idea, we could say that’s 6,570 murdered women, which translates to one death every hour and twenty minutes (author’s estimation). 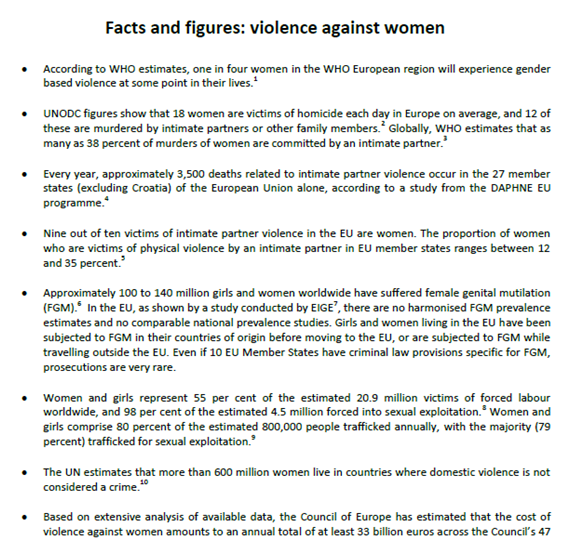 This is where we can begin to appreciate how perception is different from the reality of the statistics.

This same graph also shows the difference between femicide committed by a partner or family member.

“… Murdered women are the tip of the iceberg of abuse. Up until November of 2018 there were 67,000 reports of gender violence in Spain, which indicates the magnitude of the problem. Another chilling fact about this social curse: since 2003, 793,228 calls to 016, the telephone for information and legal advice, have been answered. ” (source)

These official figures demonstrate that having strong evidence is vital. Without it, justice will not have the information necessary to adopt preventive measures.

Of the total of 166,961 reports filed in 2018 (almost the same number as in 2017) the graph below shows that steps have been taken in only 27,000 cases (just over 16%). With the possession of stronger proof this percentage may be increased, giving justice the possibility to act, respecting all the rights prescribed by the law. 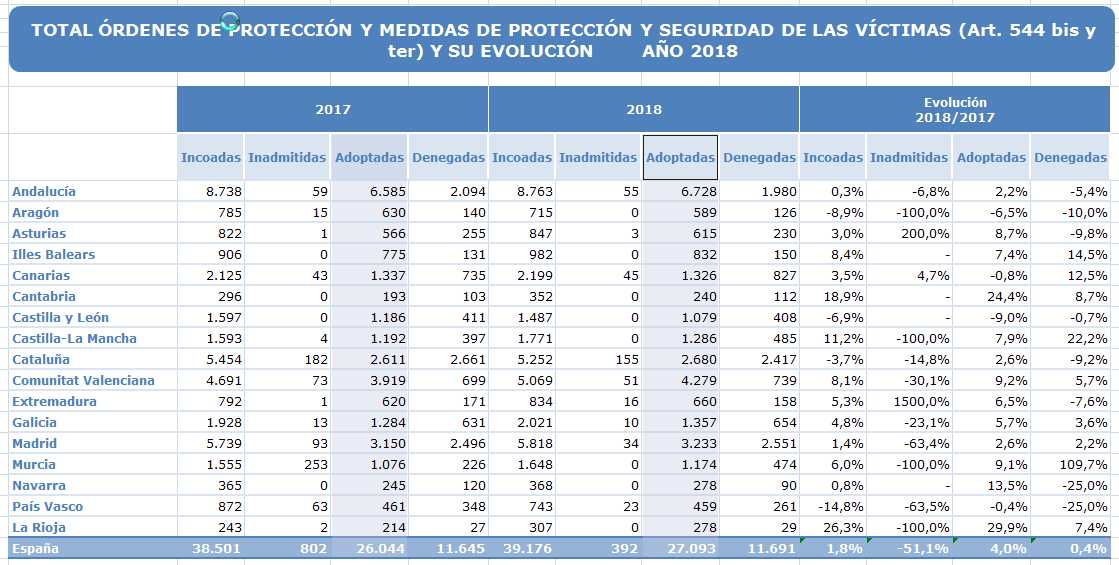 In cases of dismissal (suspension by a judge or court of a judicial proceeding, lack of evidence or otherwise), submitting strong evidence can reduce the likeliness of both the dismissal of the case and dismissal without prejudice.

The official numbers of femicide statistics are baffling worldwide, as well as in Europe.

It is true that the number of women murdered per year has decreased, for example in Spain, however, this has happened too slowly. There is no doubt that it could be improved with new methods, raising awareness, educating, and introducing new types of prevention and support.

Given the statistics of femicide and an idea of how many women had reported before being killed, it is clear that it is best to give the maximum supporting evidence to the facts presented in a report. Giving a prosecutor the ability to act preventively can be vital in some cases, and for this he or she needs very credible evidence.
Until now, uncertified messages have been accepted when they could be, because the sentences did not exist, nobody challenged electronic evidence and there was little knowledge about it. It might not seem like much to provide a strong test, but in some cases it can help in acting preventively and/or contribute to a fairer trial.

Here we invite you to read Eva’s post and to share official statistics from other countries (including sources, not only press releases) as well as other types of tools, whether technological or not, to get the number of victims of gender violence to be zero very soon.

Previous Post
Gender violence: an epidemic without a cure?