According to one of the definitions that I found in Wikipedia, an epidemic is a “disaster or tragedy that affects a large part of a population and that causes serious harm”, so let me state categorically that we are facing an epidemic. It’s 2019 and there are men in the street who harass and kill women. Who they consider THEIR women. And I am horrified that this happens after so many campaigns to raise awareness and call out harassment, and that sexist violence reaches such extremes that it seems that not a day goes by without related news.

And that’s why I wanted to write this post from the Certifydoc blog, to publicly express my opinion. I could have argued in the controversial conversation that arose on the Facebook page in the wake of a publication about a #metoo article, but before getting involved in this type of social network discussions, I wanted to reflect on the issue and because of this I am even more aware of the current serious situation. In this post, the harassment that a woman may suffer from a superior at work is noted and Certifydoc proposes the tool to be able to present evidence with legal validity and date certain of said threat. It is a first step in reporting, which not only provides the rigorous evidence that I have told you about, but is also about becoming aware, as a harassed woman, that we have to report and that we can do it intelligently. A Facebook user commented that by just blocking the individual from our WhatsApp, that is enough to end the threat. And this is when I realize there is a lot of work left to do. As if everything in this life was as easy as an episode of Back Mirror and we could also block in real life, those beings with whom we are forced to share, according to them, something more than work … 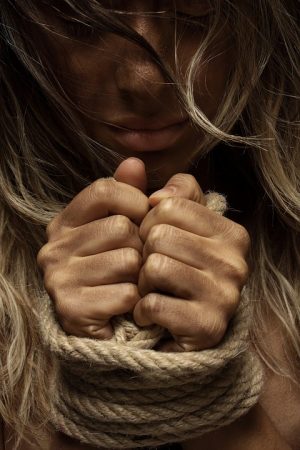 To emphasize the magnitude of the problem, I want to show you some examples of official statistics and newspaper publications about femicide in Spain and Italy, which Mario has patiently provided, to give you an idea of the shocking numbers and especially the little that this situation has improved in recent decades and especially that some prejudices that many have are not reflected in the statistics.

We wanted to simplify these statistics and normalize them, and although we have not been able to compare the same years, we give estimates of the total population of each country and its distribution of men/women. Forgive us for this lack of strict precision in the numbers, although the sources cited are accurate and official. These examples are of femicide, but through the internal links we can go deeper to find all the statistics on violence and not just femicide.

To get an idea of the global magnitude of the problem, click on this link from the UN.

It is estimated that more than 600 million women worldwide live in countries where domestic violence is not a crime. In addition, 43,600 is the number of women and girls in the world murdered by a partner, ex-partner or family member in 2012. A third of all women confirm having suffered some type of violence, sexual or otherwise, at least once. Only 11 percent of victims reported the incident to the authorities. These figures come from the study Combating violence against women, published by the Organization for Security and Co-operation in Europe (OSCE) in November of 2016.

In the European Union in 2011, an average of 18 women were killed every day, 12 of these by partners or other family members. Every day! To give an unofficial estimate, that would be around 6,570 women in 2011 which means one murder every hour and twenty minutes.

But I do not want to get stuck in the data. I asked Mario to write a personal post and that is why I want to highlight the events that have been reported, but have not received support from our society. It’s not just a matter of culture, it’s a matter of education. As a mother, it is my duty is to make sure that my children first know their rights and then they will be able to say ‘enough’ to any situation that endangers their physical or mental integrity. And then, to know and offer them the tools so that, then can always ALWAYS defend themselves.